After months of eager anticipation, the University of Nairobi Students Association (UNSA) election finally took place on Friday and Sunday in all the respective schools with the positions of chairperson, vice-chairperson, secretary-general, treasurer and three other members to represent special interests of students being up for grabs.

This year’s election happened to be the second one conducted under the new regime that took over from SONU in 2017; it’s an election which saw student voters allied to the various aspirants turn up in great numbers to vote for them in the various seats being contested for. The election began roughly around 8 a.m. through to 4 p.m. and was under adequate supervision and security.

That said, it was an exercise that unfortunately did not live up to what many had expected of it as it was shrouded with its fair share of controversial issues that many students who voted weren’t ready to slip under the rug. From irregularities supposedly orchestrated by certain election officials to students not being allowed to cast their votes due to their names not being in the list, it’s safe to say that a good number of them walked out of the various polling stations in sheer anger and disappointment.

One of those students, Patrice Ajwang’, the former chairman of the School of Political Science and Philosophy, in an interview with The campus magazine, wasn’t shy to voice his frustration over not being allowed to vote since his name was missing in the list. He said that, “According to the law, a student should exercise his/her right to vote irrespective of whether or not he or she is registered as a voter. All that student needs is to present valid documentation proving that he or she is a student.”; this being in reference to new University of Nairobi Student Association (UNSA) 2017 Constitution.

The apparent situation of students not being enlisted was as well prevalent in the School of Engineering but according to Ertiman Oile, the President of the Kenya Engineering Students Association, it was an issue that was identified and solved promptly. Oile said that he was happy with the whole process, “I am happy with the election process in the Engineering school. The ‘missing in list’ issue was indeed present in the onset but it was dealt with accordingly.” Additionally, Oile went on to acknowledge the apparent divide between the student body and the administration by pointing out that there is need for a good rapport between comrades and the administration “We need to enhance and foster a good relationship between students and the administration in order to sort out issues in a more amicable and easier way.”

It still remains to be seen whether there will be any explanations from the involved parties concerning the issues raised by the students on the just concluded elections. 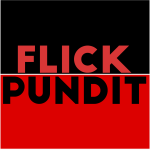 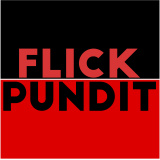 Ndege Serikal: Sportpesa wanted to buy this group (Newcomrades forum) but I turned them down|thecampusmagazine.com

John Wangai, Komrade Isaka among those who will steer KUSO elections| thecampusmagazine.com

Boy child has a message for Marie Anne| thecampusmagazine.com