I saw it in how she was behaving. She had wet her lips. Her eyes were glowing red and her fingers seemed impatient as they  played with her hair. She moved closer to me that her body and mine were in total contact. She wrapped her arms round my waist and held me even more tightly. She pulled me to her and at same time moved towards my position so as to ensure that there was no gap left between me and her. She moved her face closer to mine and at last had our foreheads laying on each others. She proceeded down and had our nostrils come into contact. What was remaining here were the lips and, yeah, she softly and slowly moved her lips and placed her upper lip on my lower lip. She was at it. I would feel her tongue playing in her mouth, ready to come out and attack.

“Princess!” I finally got my breathe.
“What now? What are we up to this time? I dont think this is right of us.” I said this trying to pull off her arms.
She gripped my waist even stronger and now pulled out half of her tongue forcing it through my lips and teeth into my mouth. For once, I didnt oppose. I allowed it in easily. She pushed it in more and more until now I felt like her whole tongue was in my mouth. The feeling I got at that moment was out of this world. It felt like a small heaven on earth.

She moved closer and closer to me until she was lying wholly on top of me. I allowed her to destroy me with those kisses and some caress on my chest and back. She was getting so wild. Her hands started playing on dangerous grounds then. I would feel her right hand heading the wrong direction again. I wasnt ready for this. I sure wouldnt take it. No. Not at that time. Maybe later would have done. I pulled off her arms very strongly and there we were, seated just ten centimeters apart. I looked at her and noticed that she had got off her top and was just left with a bra.

“Put your top on Princess.” I requested her even though the feeling that was in me suggested otherwise. I would instead request her to take off that bra. 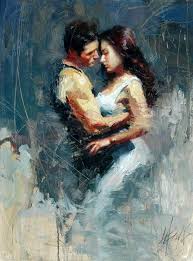 I looked at how  her kissable lips appeared and that feeling shot up again. I needed those lips within mine. I wanted to kiss her more than we had done it in the past few minutes. I was starving. I was burning from inside due to a fire she had lit herself. She observed my reaction and told that if we could go on with the kissing, caressing and stuff, we would sure end up doing crazy things in that car.

“We can now talk Hymn; you are such a hot guy. You just had me gone crazy with only an embracement and now I am dying of having the whole of you to me. I wish youd host me some day.Actually, soon.” She said as she stretched out her legs and laid her head on my chest.

“You are hotter princess. You gave me such a feeling, one that I never got before in my whole lifetime. You though have left me hungrier than you found me. I feel like something more should have been done.” I said this as I moved my right hand and rested it on her left breast.

“I understand Hymn, but lets have some minutes for talk before we can do the etceteras. So where do you come from?” She shifted our topic of discussion so that emotions could calm down.
“I am from Nyanza land, what about you Princess?” I said confidently now that I was sure to have won the marathon.
“I am from Rwanda, a daughter to the Cabinet Secretary for Finance in Rwanda. I know you’d wondered how I managed to own such a big machine but now I think you are well answered.”
Was she reading my mind? How would she tell my feelings and reactions just straight as they came from my inside? Well, it was none of my business.

“I am pleasured meeting you Rwandan Princess. Am looking forward to seeing you over and over again if you wont mind.” I said this to get an assurance if Princess was really into me and willing to meet me thereafter.

“Pleasure is all mine Hymn. I actually have this feeling that you should not leave. What if we go over to my house, you spend a night there and we have some nice time together?”
I was torn between saying yes or no but at last, I decided that,i would…