I opened the first message and it read;
“Dear Hymn, I love you and I am dead serious about it…

I wrote the piece of poetry with my mind sunken in what had happened earlier that day. I was not my real self. I had been possessed by a strange feeling. I had never fallen such deeply and irrevocably in love just at first sight. I remember when I first fell in love; it took me a year or something to win someone’s heart. This reminder of my first love is worth recalling before we continue with-Princess and I-story.

So back in high school is where I met this lady I refer to as my first love. Those days when I was a form two student at a minor seminary school-which almost every individual perceive as a training camp for priests, but is it?

So I met this lady on one of my high school’s lucky days, a day when by luck I had secured a chance to attend a national students function which at least all schools had been invited. In the seminary school we had a band and I was a band member, playing-the hard to master instrument-the tenor saxophone. We had almost the whole school’s population participating in the band but your area of specialization would be an your major break through to going out for functions (funky-as we had referred to them back then) that the school band would be invited. As for me, I was advantaged since I had specialized on playing the saxophone which was not a choice for many; it was a difficult-to-master instrument.

So this was my lucky day. I got a chance to participate. I would attend the function then later-when we returned-I would be surrounded by a group of guys who didnt make it to attending the function and they would have all their eyes and ears on me. They would sought to know the number of contacts, from which sister schools and the number of colleague-sister-students I had ‘attended to’ that day.

We prepared ourselves right from school and as it was the schools norm, whenever we went out for a band session, we would use our band uniforms in place of our usual school uniforms and, our school band had two different types of uniforms; one red colored and the other white colored. This day we put on the white colored band uniform as it was a big function day with all country wide invited schools in attendance. We would show them who we were and what we were capable of doing. White is that attractive color that not even one person would fail to recognize, more so the ladies-who are very sensitive on it.

So we went, reached at the grounds and were given a chance to showcase what we had. It was our turn to entertain the visitors and we did it pretty well. I remember how that Bass drum was hit twice and we had everybody surrounding us. ‘Kenya kipenzi changu’ was the first song we performed as much as I can recall. We moved all round playing percussions and all those wind instruments that constituted our band.

I was too busy playing but, would I miss noticing my number one fan? There was this lady who was standing some few meters away from me but, I would see her dance to every sound that my instrument produced immediately I blew in wind.  She was attractive, beautiful and of my size. I promised myself that she would be my first contact I would present to the committee of guys waiting for me in school. I tracked her footsteps even though I was really held up. Thank God she didn’t get a second thought of leaving before we finished our task.

So we performed and in an hour’s time, we were done with our first part of the function, now what was left was upon the organizers. I took my instrument off my shoulders, got its lid and opened it. I removed the reed and cleaned it with a soft tissue then placed it in its place. I got the whole instrument and packed it in its casing and hurried off to catch up with the beautiful lady I had seen. The next functional events would bounce on my deaf ears. 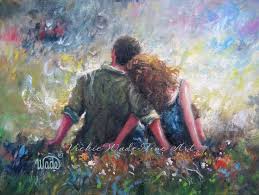 I was too lucky to find her in the same place I had spotted her and so, I quickly put my words right then approached her;
“Hellow colleague, I am Himnaya-from the PBS school.” I said as I stretched my hand for a shake.
“Hellow Himnaya, I am Lucy from Kipe high.” She said as she stretched her hand and reached for my hand.
We both understood the abbreviations we had used to refer to our schools- PBS represented Pope Benedict Seminary and Kipe meant Kipsigis Girls School.
We spent the rest of the day together talking and sharing fun and at the end of it, Lucy gave me her phone number which I would use to reach her over the holidays.
I talked to Lucy over the holidays and it took me a year to win her soul’s love.
Princess’ case was different. We had fallen in love immediately we set eyes on each other.

*******************
I took the small piece of paper I had written Princess a poem, got another clean full scarp and copied the poem neatly for I had done a rough copy on the other piece.

I then rolled up the fine copy of the poem and carefully placed it in my college bag so that I would surprise Princess with my art of writing and my love for poetry which we shared in common as she had said it earlier. I then got my phone and opened it. There were ten missed calls and seven unread messages, all from Princess.
I opened the first text message and it read;
“Dear Hymn, I love you and I am dead serious about it. Today I…