Falling in love is a beautiful thing but the most difficult depending on your method of attack.Well;

This was my first day in campus as a comrade. You would imagine how it felt like. I felt like I was the only person who had qualified to join campus.

So I met this lady as I was walking upstairs, in a hurry to catch up with that day’s lecture, which was of course not going to be because not even the timetable had been released. It was this freshness thing that was disturbing me. I learnt that being a in 1.1 was an expense.

Well, lemmi first admit that this lady was super hot but simaanishi kuwa fisi. I had never seen one like her before since I was just raw from the village and yall know how those village ladies do it, their “no need no make up to be a cutie” slogan. So this one was not of that kind. Make up must have been her number one thing. Her dress code was super classy. I avoided comparing it with mine ju hiyo comparison haingeadd up. I was this village boy who was kinda conservative. Nilikua nimebeba ushamba yoote all the way from the village na nikakuja nayo campus. 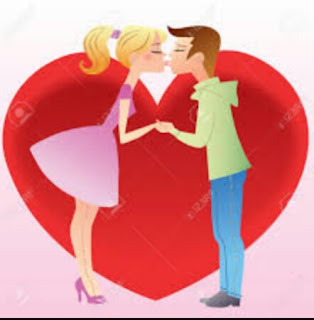 Actually what happened is that finally Ufisi outdid Ushamba and I decided to take a step towards getting there. I went ahead and approached her and since I had seen almost everybody around here embrace whenever they came across someone they knew, I opened my arms in a way that suggested I intended to hug her. She gave me a stern look and made a very long stride back. Nilibaki ka arms ziko spread out and that smile that had built up on my face. That look of a person changing from a smiling to a frowning face must have been really funny ju I saw her almost laugh out loud.
This kagirl only said four words, “Get away from me!” That must have been kinda a European accent.

“Can we talk?” was all I managed, with my local accent which you would easily tell that it was that of Nyanza.
“What can I talk with such a poor bastard, who do you think you are-asshole- wewe hata hutoshi mboga”.
I was so irritated by her words that I raised my fist ready to rain on her face. Did this lady really know my stature back at the village? Did she really know how badly all those beautiful ladies in the village were crushing on me? She didn’t know.

I wanted to teach her a “lesson of the fists” but I was too fresh to start it. She was very lucky that I was just a confused 1.1. I lowered my hand, stretched my fingers and placed them in my pocket and so I decided to counter attack her words by words_maneno matamu hutoa nyoka pangoni they say_ I tried to sound sweet.
“Tulia dogo, no cause for alarm now. Hata nilokuwa nainted kukwambia hujalijua lakini mdomo umekwishaupanua sana. Huenda nikakwambia neno likakujenga”. My Swahili was so perfect that she lowered her shit to zero.
“Well, what did you have to say?” She tried to sound alittlebit rough but it didnt come out. I wanted to tell her that I had fallen for her but, how now? How possible was that? We were just strangers. And besides we’d differed just few minutes ago.

I figured out on what to say and decided to…

Based on a true/valid story.